The ancient Greeks associated 8 with unhappiness and imperfection. I rate this book 8 out of 5 stars because  a) it will leave you in tears and b) you will curse me. END_OF_DOCUMENT_TOKEN_TO_BE_REPLACED

Girl on a Wire by Gwenda Bond

Hello, world! I recently picked up this book because I am waiting for another book by the same author (Lois Lane: Fallout, in case you were wondering). Although this book wasn’t exactly what I expected, it was a very pleasant and entertaining read.

END_OF_DOCUMENT_TOKEN_TO_BE_REPLACED

Hi it’s me, Faith, and I’m finally here with a book review! I know it’s been quite awhile since the last time so I’m super glad that I can finally not be a loser. 😉 Hope you like it! (Also, thanks goes to Sarah for the fantastic banner). END_OF_DOCUMENT_TOKEN_TO_BE_REPLACED

Welcome to the latest edition of White Pine Wednesdays where we will be discussing, All The Rage by Courtney Summers.

END_OF_DOCUMENT_TOKEN_TO_BE_REPLACED

Hello, fellow bookworms and book bloggers! I have appeared, right before your eyes, to bring the second ever Which Wednesday! This week’s theme? Book’s about LGBTQ characters! 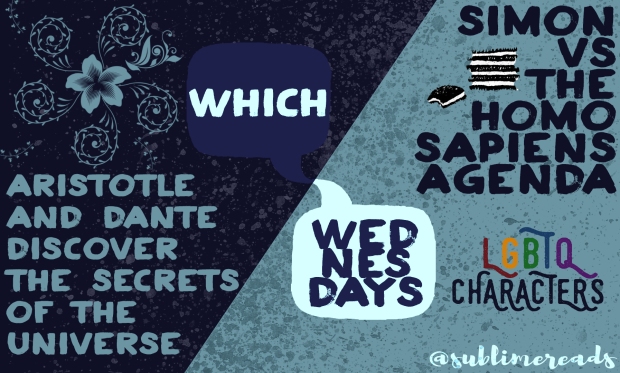 The two books I’ve chosen this week are Aristotle and Dante Discover the Secrets of the Universe (AADDTSOFU for short) and Simon VS The Homo Sapiens Agenda (SVTHSA for short). Both books feature LGBTQ characters, something that has become extremely relevant.From the landmark US Supreme court ruling, to the hashtag  #lovewins, and Caitlyn Jenner’s coming out, many say that 2015 has been the year of LGBTQ rights. From more representation in movies, to acceptance in general, homophobia is generally becoming a thing of the past. More and more people are seeing past a default and opening their minds and hearts to people who would, 10 years ago, have been shunned. This trend (and to call it a trend is too simplistic) is not only in popular culture, as the We Need Diverse Books movement has contributed greatly to the variety of YA, LGBTQ-centric literature today. The two books I have chosen today are some of the most hyped and widely talked about stories. They deal with regular, average teenagers, and how they face their problems. Both of them have an average of 4+ ratings on Goodreads, so let’s see how they turn out! END_OF_DOCUMENT_TOKEN_TO_BE_REPLACED

Hello world! This is simply a book review, albeit a negative one. I’m not really planning on really trashing the book, just listing the things I didn’t like. Also, in a regular review format, I really didn’t have much to say, so here’s my (hopefully) funny take on this book. There will be spoilers, so don’t say I didn’t, say I didn’t warn ya…

END_OF_DOCUMENT_TOKEN_TO_BE_REPLACED

This post is a continuation of this and this! If you have no idea what I’m talking about, check them out XD

Like I promised yesterday, the very first ever White Pine Wednesday review is The Art of Getting Stared At.

Now, I won’t rehash the summary (watch the trailer!), but I will rehash my first impressions. When I read the summary, and saw the cover ….

… I think the cover is pretty and relevant (to the summary, at least). It doesn’t excite me, but it’s sending pretty, solid, contemporary vibes at me.

(Look at me, quoting myself :P)

And… I was on point.

END_OF_DOCUMENT_TOKEN_TO_BE_REPLACED

Every year, in Ontario (a province in Canada, for the geographically challenged), a giant book club is set in action. Sounds interesting? Well, it is! Every year, 10 books are chosen for 9 categories. The categories include:

Basically, every school I’ve ever been too has participated in this province wide book club. We read, trade and discuss the books, and at the end of the year, we vote for a winner. I thought it would be cool to review and predict the end results! Since I am in high school, I will be doing the White Pine level books, simply because they tend to be more relevant to me. But that’s not to say that I won’t review them 😉
Starting every other week, Faith and I (or just me) will review the books, and hopefully discuss the books with people who have read them 🙂 And on May 17th, we will go the the Festival of Reading and see who won (obviously documenting our adventure 😉 )

Today I’ll post a list of all the books I will review, tomorrow I’ll post first impressions, and from then on, Wednesdays will be the very reviews 😀

Hence the name, you know 😉

The art of getting stared at

The bodies we wear

The story of Owen : dragon slayer of Trondheim

A sense of the infinite

These titles all link to their Goodreads page 😀 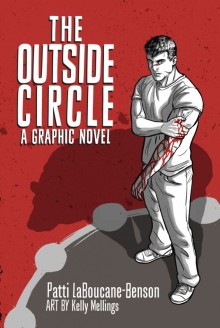 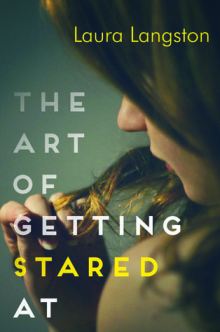 Me and Faith are going to be introducing a bi-monthly (or tri-monthly, depending on how long the month is) feature.

We’ll be comparing 2 books of a similar topic or genre, and in the end, giving you guys our opinion on which was better. Every Which Wednesday will have a theme, and to kick it off, this week is about school shootings. Morbid. I know.

END_OF_DOCUMENT_TOKEN_TO_BE_REPLACED

Challenge of the day: Count how many times we lose coherence in this post.

Cath is a Simon Snow fan.

Okay, the whole world is a Simon Snow fan… (F: Wow okay, me too. After Carry On.)

But for Cath, being a fan is her life—and she’s really good at it. She and her twin sister, Wren, ensconced themselves in the Simon Snow series when they were just kids; it’s what got them through their mother leaving.

Reading. Rereading. Hanging out in Simon Snow forums, writing Simon Snow fan fiction, dressing up like the characters for every movie premiere. (S: Some obvious parallels to the Harry Potter fandom…)

Cath’s sister has mostly grown away from fandom, but Cath can’t let go. She doesn’t want to.

Now that they’re going to college, Wren has told Cath she doesn’t want to be roommates. Cath is on her own, completely outside of her comfort zone. She’s got a surly roommate with a charming, always-around boyfriend, a fiction-writing professor who thinks fan fiction is the end of the civilized world, a handsome classmate who only wants to talk about words… And she can’t stop worrying about her dad, who’s loving and fragile and has never really been alone.

For Cath, the question is: Can she do this?

Can she make it without Wren holding her hand? Is she ready to start living her own life? Writing her own stories?

And does she even want to move on if it means leaving Simon Snow behind?

Simon Snow is the worst chosen one who’s ever been chosen. (S: After reading the book, I second that)(F: Frankly, having power is different than wielding it.)

That’s what his roommate, Baz, says. And Baz might be evil and a vampire and a complete git, but he’s probably right. (S: Warning, there is a whole section of this review dedicated to Baz)

Half the time, Simon can’t even make his wand work, and the other half, he sets something on fire. His mentor’s avoiding him, his girlfriend broke up with him, and there’s a magic-eating monster running around wearing Simon’s face. Baz would be having a field day with all this, if he were here—it’s their last year at the Watford School of Magicks, and Simon’s infuriating nemesis didn’t even bother to show up.

Carry On is a ghost story, a love story, a mystery and a melodrama. It has just as much kissing and talking as you’d expect from a Rainbow Rowell story—but far, far more monsters.
(S: Summary cont’d — Carry On starts off as a totally Harry Potter ripoff, reads like the last book in the series, but by the end transforms into something totally different. And that’s not counting the top notch snogging – did we mention that romance?)

(All the memes are at the end)

Sarah: Originally, we were going to write individual reviews for both books, but after reading Carry On and (re)reading Fangirl, we’ve decided to mash these two complementary books.

Faith: Cath. Levi. Simon. Baz. After reading Carry On, you realize all the more how it plays a role in Fangirl. Reviewing them together just sort of made sense.

Before Carry On (BCO): Fangirl is great but who IS this Simon Snow? Is it basically just another name in the place of Harry Potter to avoid copyright infringement? (S: So true. I was rolling my eyes so hard)… Sorry but could I just skip these random Simon Snow parts?

I mean who cares…